As I expected, once you get your Assassin garb and secret blade, the game gets a lot more fun. Like every single other Assassin’s Creed before it.

It’s still glitchy as hell, but that’s okay, it’s always fun to assassinate guards for no reason, then blend in with crowds. And by god, there are a lot of crowds during the French Revolution. Or would it be British/French revolution? For an Ubisoft game, there’s a surprising lack of French voice acting. I heard one guy in the crowd say, “Sacrebleu!” or some such thing, but it was barely audible. Oh well, a minor thing.

The ability to buy new outfits to customize your player is a lot of fun. Not as much fun as building ships for ship battles, but fun. Until I discovered this: 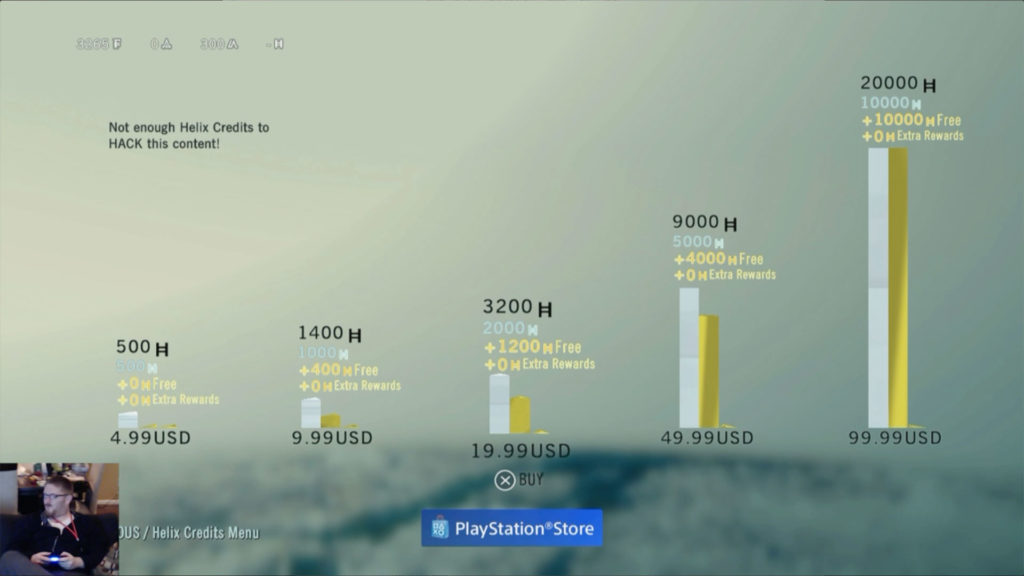 I had no idea this game had micro-transactions. So, if you REEEEALLY want that hood now, you can spend real money to get fake money to unlock a polygon hoodie. $100 for 30,000 Helix points.

If the Assassin’s have taken over this Abstergo at-home Animus and they’re charging you to buy clothes, they must be pretty desperate at this point. I guess the Templars are winning.