Getting to Know Twitch…

For the past couple of years, I’ve seen many friends in the gaming community take to Twitch. I’ve always been enamored with it, but never went so far as to create my own stream. But I figure, screw it: I play videogames on a daily basis, why not use Twitch while gaming? Like, all the time?

So I tried it the other night with P.T. for the first time, and again with The Last of Us: Remastered – Left Behind. I had a blast, being able to share my gaming moments. However, I play a LOT of old school games – NES, SNES, Genesis, etc. – and those consoles don’t feature an easy “Share” button. So I got an Elgato Game Capture HD. They have since released a newer version that allows 60fps, but I wanted the option to stream classic consoles, so I went previous generation. 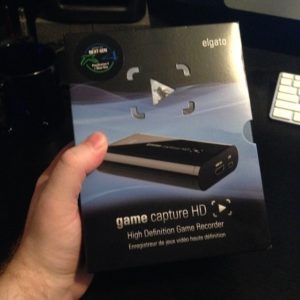 I’m still learning how to use the thing and optimize my system, but so far, it’s fun! There are a couple of frustrating caveats: I can’t output directly from my receiver because it kills the feed with HDCP protection, even if the source going into the receiver doesn’t have HDCP. Bullshit. So, I have to go directly out from the XRGB Mini. Secondly, I HAVE to use the provided cable. Whether or not the cable actually plugged into my XRGB is out of spec or it really does need some sort of special HDMI cable, I don’t know, though I suspect the cable I’m using is simply shitty. Now, I’m trying to figure out how to streamline all this stuff and not have any sort of errors. For example: when I hit “Stream” in the application, it’ll tell me I’m streaming, but Twitch won’t actually broadcast. I played Super Metroid like that for 20 minutes tonight. So, I stopped the stream and started it again on the Elgato. I suspect it was because the XRGB was still switching, so the stream thought it had turned off, even though the software said it was on. I’ll play some more with that tomorrow.

I’m also not quite sure how I want to go about setting up my actual Twitch channel – all these different panels and crap, empty info boxes… what do I need to make my channel not look like a barren wasteland? Not that it matters, really, I’ve had like three viewers so far, but it’s okay, I’m having fun.

If anybody has any nice tips and tricks for making this noob’s Twitch experience much better, let me know in the comments!