Its been far too long since I last streamed. I’ve been keeping my PS4 upstairs, away from the streaming system so I could spend more time with the family, but after moving our TV out of the bedroom, I decided it was time to get back in the basement and start streaming again. 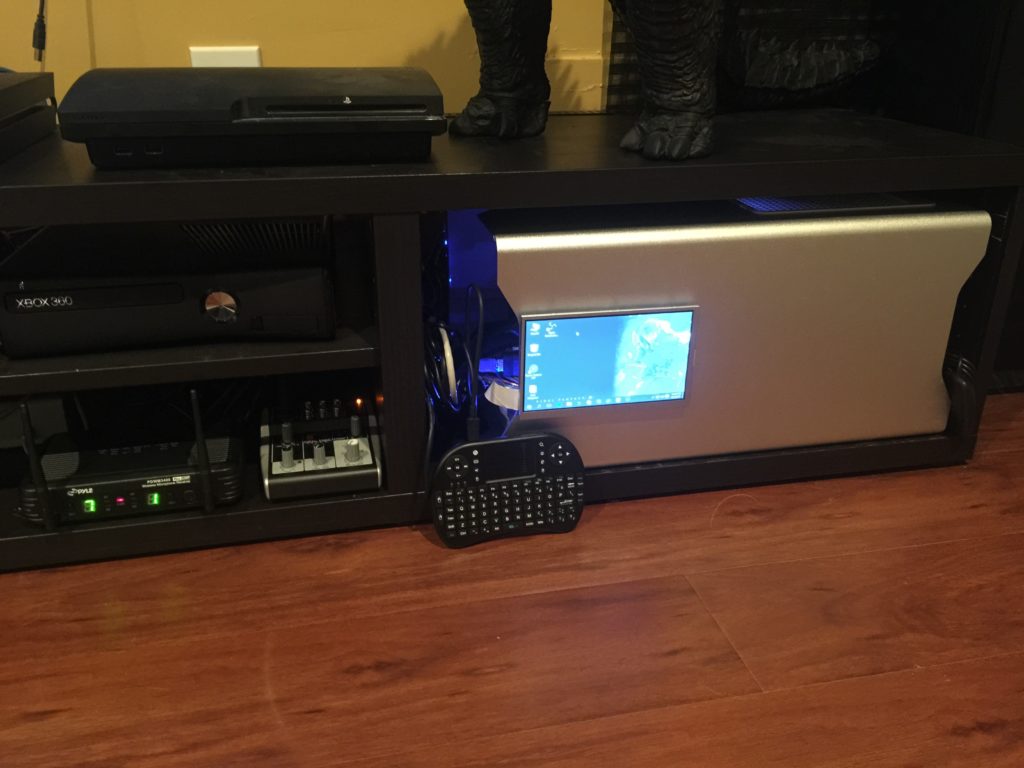 I’ve added two wireless lavs along with a mixer to what use to be my desktop PC gaming rig. It’s a beast of a system, and has no problem streaming 1080p, unlike my last system. I can also use it as my Steam machine, so that’s a bonus! Furthermore, I added a little 7″ screen from a Raspberry Pi project for critical checks, so I can check quickly to see if anything crashes without having to keep a larger monitor packed somewhere in the room. It’s detachable, so I may eventually get a wireless HDMI transmitter and design a chassis for a kind of tablet control center, a wireless monitor, so I don’t even have to leave the couch. We’ll see.

Anyway, I ended up streaming Mad Max last night, and it was a lot of fun, even though nobody watched! Who cares, right? It’s a hobby.

I should be streaming a lot more moving forward, and ramen season is coming back for me, with some fun new recipes to try out. In October, I’ll finally play Until Dawn as my Halloween gaming.