So, here we are. Parts 8, 9, and 10 of my The Evil Within Halloween horror gameplay stream. And it may be the last time I play the game.

You may notice that we’ve skipped part 7. During my broadcast of the mansion chapter, the game glitched up, causing the Elgato to freeze and the streaming computer to crash. So, I lost the entirety of the mansion part of the game. It’s sad, too, because that was probably my favorite part of The Evil Within so far – it was the closest to an actual, old school survival horror, without ridiculous action elements. There were even puzzles to solve, I loved it. Instead, you get to see part 8, the tail end of where I stopped during chapter 10, where I got to fight some unruly bullet sponges.

Part 9 finds us completing chapter 10 with one of the most frustrating fights I’ve encountered: avoiding Laura. Now, Laura is actually killable, but I knew a boss was coming up so I decided not to throw all my ammo at her. Unfortunately, her mechanics, like all mechanics in the game, are wonky. Judging when you are able to burn corpses to stop her is a coin toss, because if you’re one second off, she’ll kill you, which happens to me more than once. Figuring out a puzzle while avoiding a one-hit-kill-bot is not fun. However, the boss fight after her WAS fun, it was a fairly classic Mikami-style boss fight, where you have a giant bullet sponge coming at you in two phases. My multiple deaths in that section weren’t so bad, because I enjoyed the fight. Due to this, I was fairly positive about how the next night would go. However…

Part 10. Chapter 11. This is where I may drop The Evil Within forever. We now enter a section of the game that is almost outright action, with zombies holding machine guns and a heavy, pulse-pounding soundtrack. Survival horror, it is not. The hit detection of the zombie’s guns is ridiculous. I’ve had bullets go straight through their legs without a problem, but my final death before giving up altogether is ridiculous: the hit actually happens to the right of Sebastian’s hand. Here, I’ll show you: 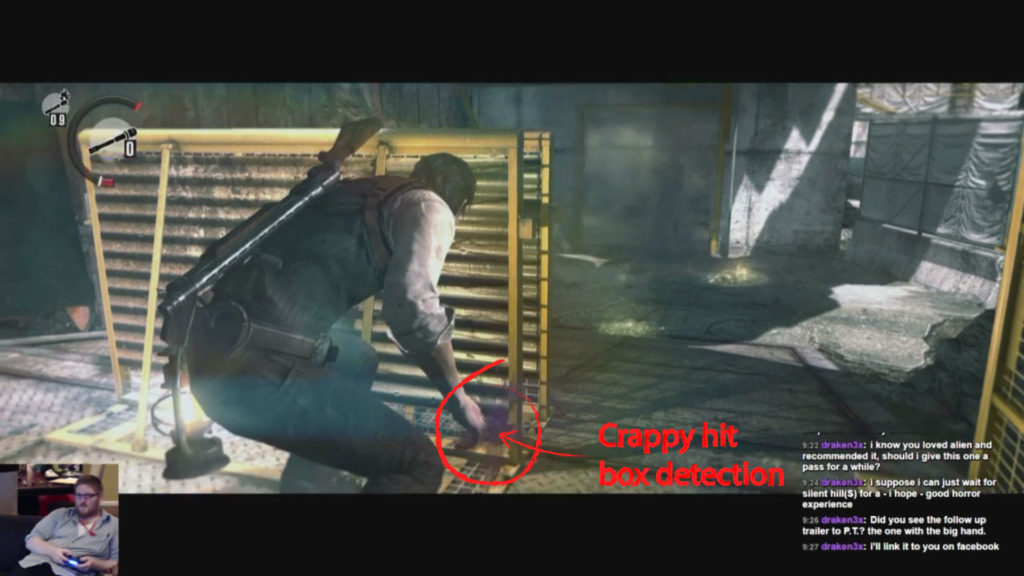 This was the last straw. I wasn’t even angry anymore, just disappointed that the game is getting such amazing reviews when it is rife with technical issues and inconsistencies. It’s a poorly made game that is being popularized by people that feel like it’s different enough from the current gaming atmosphere that it must be amazing. However, nothing in the game is new. It’s all recycled from better games, including Mikami’s own Resident Evil 4. Maybe they just miss real survival horror, given how actiony RE has gotten over the years. For me, this isn’t the second coming. This is a game from a developer who probably considers himself no longer relevant and is trying to recapture what made him famous in the first place, by appealing to as much of the gaming community as possible.

Maybe I’ll come back to it, maybe not. All I know right now is that I need a break. I’m not having fun.

Punchbunny🍹🐇 @punchbunnyllc
October 16, 2021, 10:44 am
I just got to credits on #Metroid Dread, easily my 2nd favorite Metroid behind Super. The movement is silky smooth, the combat is tough but fair, it's a near perfect game.
View on Twitter
0
3
Follow @punchbunnyllc